On the Trail of Wrocław’s Gnomes

In its thousand-year history, Wrocław has been proudly called the ”Flower of Europe”
and ”Pearl in the Crown”. Recently, it has been referred to as the ”City of Gnomes”. 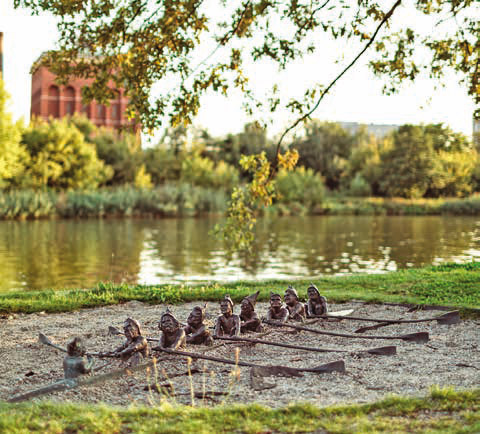 Rowing eight on Nadodrzański Boulevard near Wrocław University
of Technology

And although in Wrocław these gnomes are still only a decided minority, because there is only one little fella for about every 16 thousand residents, these small inhabitants attract attention and inspire widespread affection.
The first and oldest dwarf, called Papa Krasnal, appeared unexpectedly in 2001 at the pedestrian underpass on Świdnica Street. He was not lonely for too long, he quickly gained the companionship of others, growing like mushrooms after the rain. Their favourite part of Wrocław became the historic Old Town. Here they still feel the best. Every gnome has a name, performs a profession or devotes time to his hobby. Although the gnomes try to remain outside “Human Events” and live their own lives, the history of the city is not alien to them and it happens that they participate in events which are important for Wrocław.
Sisyphusians
These were among the first gnomes in Wrocław and they immediately showed that in their world there is no shortage of individuality. The Sisyphusians are in constant dispute as to which way they should push their stone sphere.
One tries to roll it towards the Market Square, the city’s main square, while the other is adamant that the stone should be rolled along Świdnicka Street, and he has strong arguments on his side.
Świdnicka Street, laid out during the city’s foundation in 1241, was the main route along which medieval travellers and merchants from the south journeyed in the direction of Wielkopolska. Entering Wrocław, they admired the Świdnicka Gate (part of the fortifications of the city), the Johannite Church of Corpus Christi and the monumental church of St. Dorothy with monasteries of the Order of Hermits of St Augustine. In the 19th and at the beginning of the 20th centuries Świdnicka became the first “commercial street of the city”. Elegant shops and later large department stores were opened. The street began to be called “the living room of Wrocław”, because gentlemen and ladies in fashionable creations frequented the cafes and art galleries located here, and went to the City Theatre (today’s Wrocław Opera House).

Palatial residences were built along the street, and the inhabitants were able to admire the buildings designed by the most famous architects of Wrocław: Karl Ferdinand Langhans, Karl Lüdecke, Karl Grosser, Karl Schmidt and the brothers Paul and Richard Ehrlich.
Mr Kind
This gnome smiles from ear to ear, holding a sunflower in his hands. It is a symbol of affection, tolerance and favour, and arouses positive emotions and good energy. He appeared on the Market Square on 21 November 2007.
This is the day of his birth, on which Kindness Day is celebrated in more than 180 countries. The idea for this joyous festival came from the United States in 1973 and was thanks to the McCormack brothers. They decided to establish a “World Hello Day”, a day on which we treat others with care and kindness, believing that positive energy sent into the world will return to us. Mr Kind “infected” other cities in Poland with his kindness and became a symbol of Wrocław. Thanks to him every year, an often cold and cloudy November day shines forth as a result of the transmitted smiles, expressions of kindness and optimistic thoughts.
This fellow is also the ambassador of the Wrocław Gnome Festival.
Eight with their Cox
Ready to beat the next record is the classic men’s rowing eight with their cox. These gnomes are located on the Nadodrzański Boulevard of Wrocław University of Technology. There is a rowing pool to practise in, a place to berth, a waterfront with a riverside beach, bridges and marinas. The gnome Eight proudly continues the city’s rich traditions of rowing, because the first official regatta in Wrocław took place as early as 1882. Today, rowers compete in the international rowing regatta the Odra River Cup and the Tumski Cup and they also participate in Odra Day. Viadrus, the god of the Odra River, allows you to enjoy the waters of his kingdom. His gracious eye looks on at the numerous kayakers and ships of the White Fleet. He is especially proud of Vratislavia, the largest river passenger ship in Poland. From its three decks, as many as 400 tourists can admire the city from the river. 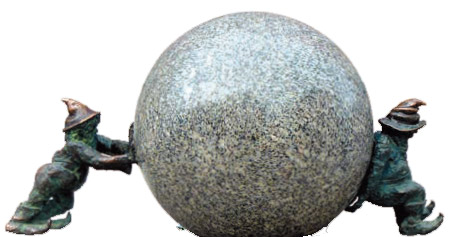 Wroclovek
The gnome Wroclovek loves Wrocław above all. In his open palm his holds the coat of arms of his hometown, conferred by Emperor Charles V in 1530. Two Saints John, royal animals – an eagle and a lion – and the letter “W” can be seen on the five-field shield. In the heart of the coat of arms is the head of John the Baptist, the patron saint of the city and the Diocese of Wrocław. Saint John the Evangelist has, for centuries, looked after the city authorities and the town hall chaplain.
The black eagle with a white crescent symbolizes the power of the Piast Dukes of Silesia, while the lion with a crown indicates that, at the time when the coat of arms was formed, Wrocław was under the rule of the Czech Kings. The legendary founder of the city, Duke Wratysław, is also not forgotten, the first letter of his name, from which the name of the city is derived, is located in the lower corner of the shield.
Wiesiek the Partner
He stands on a windowsill near the entrance to the Cloth Hall. In one hand he holds a lily, in the other a shield with three lilies – the coat of arms of Wiesbaden, the capital of Hesse. This is one of the twelve cities with which Wrocław has signed an agreement on economic, cultural and scientific cooperation. The partner cities of Wrocław are located on three continents, separated by thousands of kilometres, but connected by the capital of Lower Silesia. This gnome appeared in 2007 and recalls the signing a quarter of a century earlier of the partnership agreement with Wiesbaden. However, for the longest period, in fact since 1963, we have cooperated with another German city – Dresden. Most recently, the group of friends of Wrocław was joined by a city lying far to the north – Reykjavik, the capital of Iceland.

Gnomes of Wrocław Philharmonic – NFM
The most gnomes are gathered at the National Forum of Music.
They form a gnome orchestra. They demonstrate that the music is good for everything, because they witnessed the first post-war concert, which took place on 29 June 1945 in Wrocław, less than two months after the surrender of the city. The music of Chopin, Paderewski, and Tchaikovsky rang out then in spite of the still smoking ruins of the destroyed city. That day, Wrocław Philharmonic began to create its own history.
Since the opening of the NFM, the most famous orchestras, and outstanding soloists and conductors have performed there. The largest concert hall holds 1800 seats and, thanks to its acoustic decoration and suspended ceilings, provides exceptional acoustic conditions, so invitations to Wrocław are not rejected by such famous companies as the Symphonieorchester des Bayerischen Rundfunks, the Berliner Philharmoniker, the Royal Concertgebouw Orchestra from Amsterdam or the London Symphony Orchestra.
To make it easier to find the small inhabitants of the city, there are special explorers’ maps and gnome trails around Wrocław. Often, groups of tourists visiting Wrocław track the gnomes. So, please do not be surprised if you hear joyful cheers coming from different corners of the city: “Here it is! I can see him!” Children and adults alike are delighted at finding a gnome. 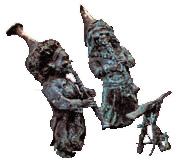 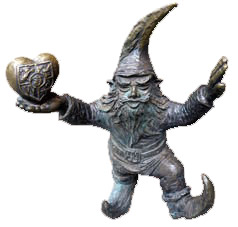 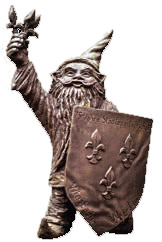 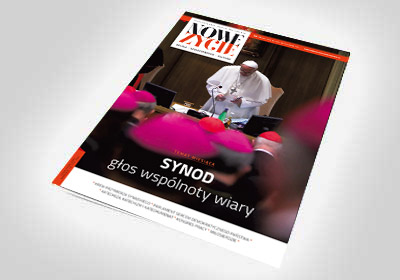